Inauguration of the first edition of the Sannita Festival, curated by Adriana Izzi and Marilina Niro, an interesting literary initiative and … not only!

A special meeting to enjoy, in ‘Apericena Literature, the novel “The love and war” days with the author Carla Maria Russo, whose complete this work the gripping story of Caterina Sforza, protagonist of the book ” the bastard Sforza “, presented in the Old Tavern last year. 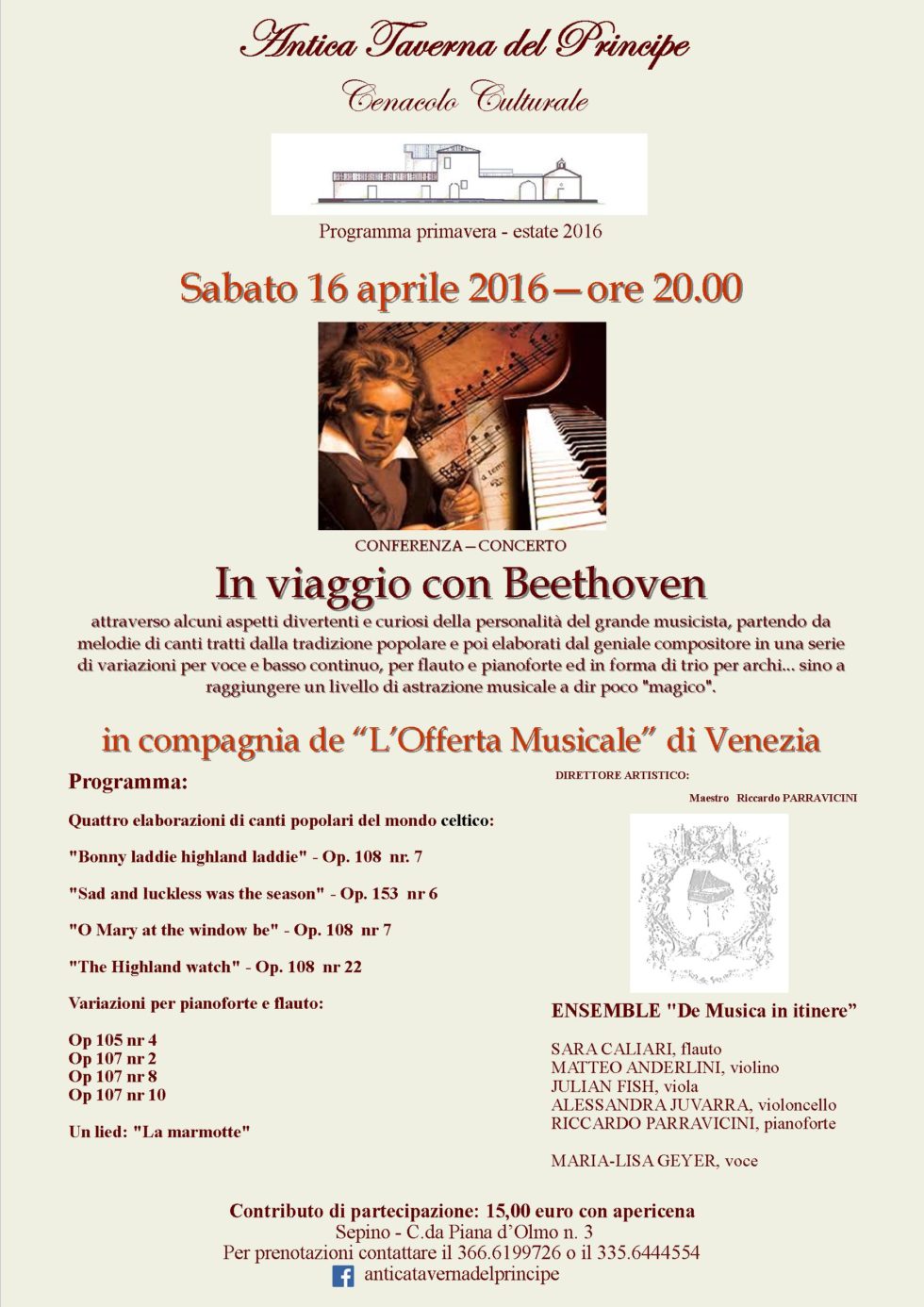 The “journey” proposed of Orchestra “Musical Offering” Venice has revealed little known aspects of the great Beethoven who confirmed the high level of musical abstraction, almost magical, reached by the brilliant composer. Thanks to Riccardo Parravicini teacher who, in addition to directing and playing the piano, illustrated the cultural journey that has characterized the music of Beethoven. Thanks to other musicians: Sara Caliari (flute), Matthew Anderlini (violin), Antonio Mastroianni (purple), Alessandra Juvarra (cello) and the voice of Mary -Lisa Geyer. Thanks to the wonderful audience intervened.

Polimetrie and complex polyrhythms proposed last night in the tavern by “Organ Trio” through a personal virtuosity and a remarkable musical talent. The Pier Paolo Ferroni rhythmic battery engaging extolled by Ludovico Piccinini guitar and Hammond organ Sandro Mambella through an original musical journey and extremely interesting. Space also historical pieces by John Coltrane and John McLaughlin. In the morning, Pier Paolo Ferroni held a seminar musical depth with some students. Thanks to the organizers: Armin Siros and Chiara Ialenti and thanks especially to the wonderful audience intervened.

Refined musical journey from the classics of American song and bossa-nova that masterfully executed last night in front of a wonderful audience from “New Vanguard Fourline”, with Nicola Cordisco on guitar, Mauro Iacobucci floor, Domenico D’Antonio on bass and John Cimmino on drums. 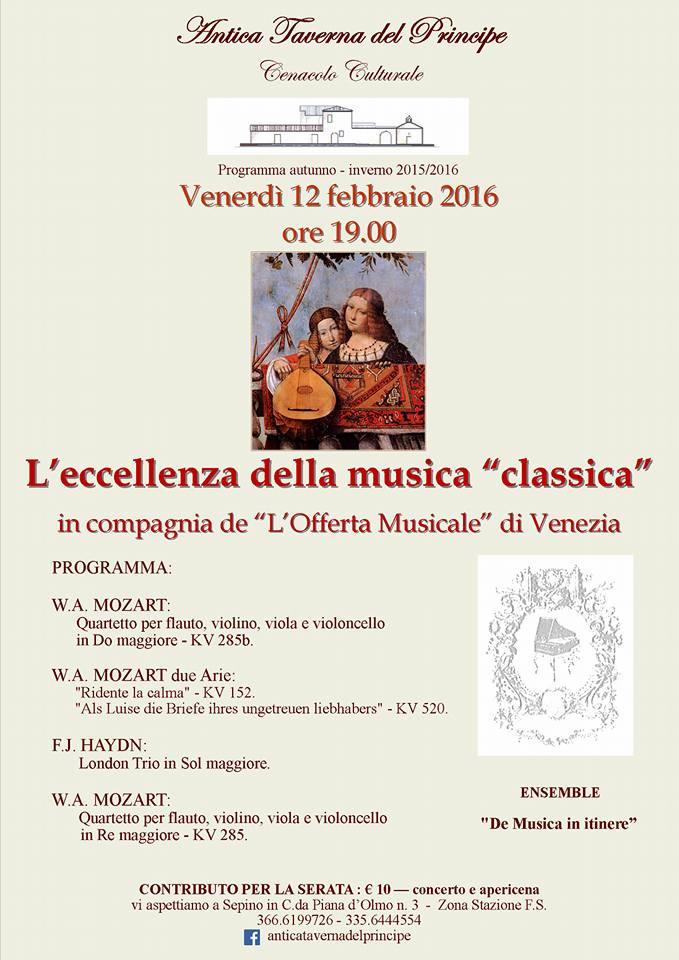 A musical research that brings together different cultures through sounds. 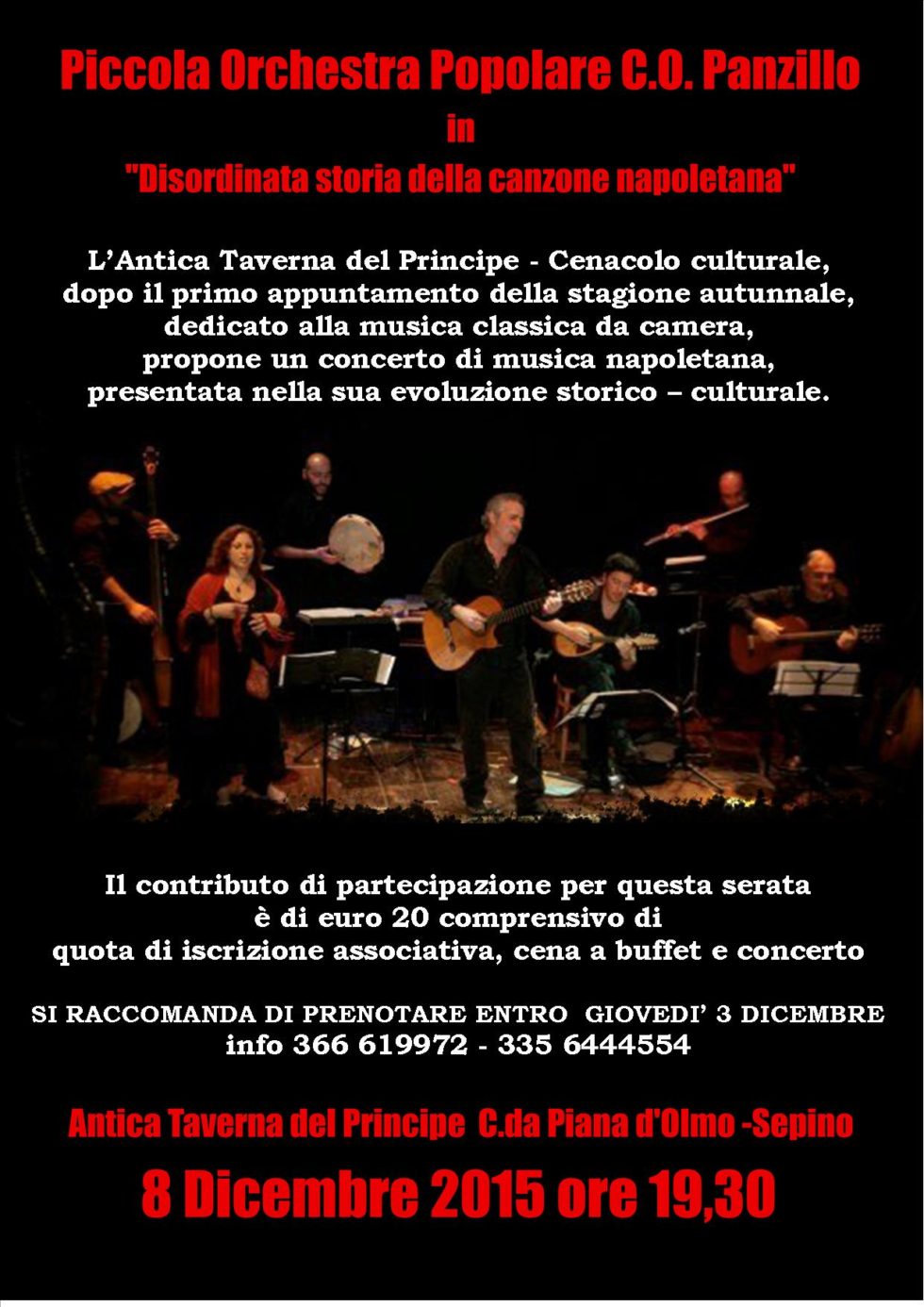 A warm evening and engaging, where music, song, theater and improvisation are the result of a wise processing of tradition, culture, history, passion capable of arousing deep emotions

The Orchestra quartet “Offer Venice Musical,” which takes its name from a collection of sonatas by Johann Sebastian Bach based on a musical theme designed by King Frederick II of Prussia, made it memorable … an autumn evening … Ancient Taverna del Principe.

In addition to professionalism, we could appreciate the sympathy, the friendliness, the deep love of culture, not just music.

Soon with a new intense encounter! 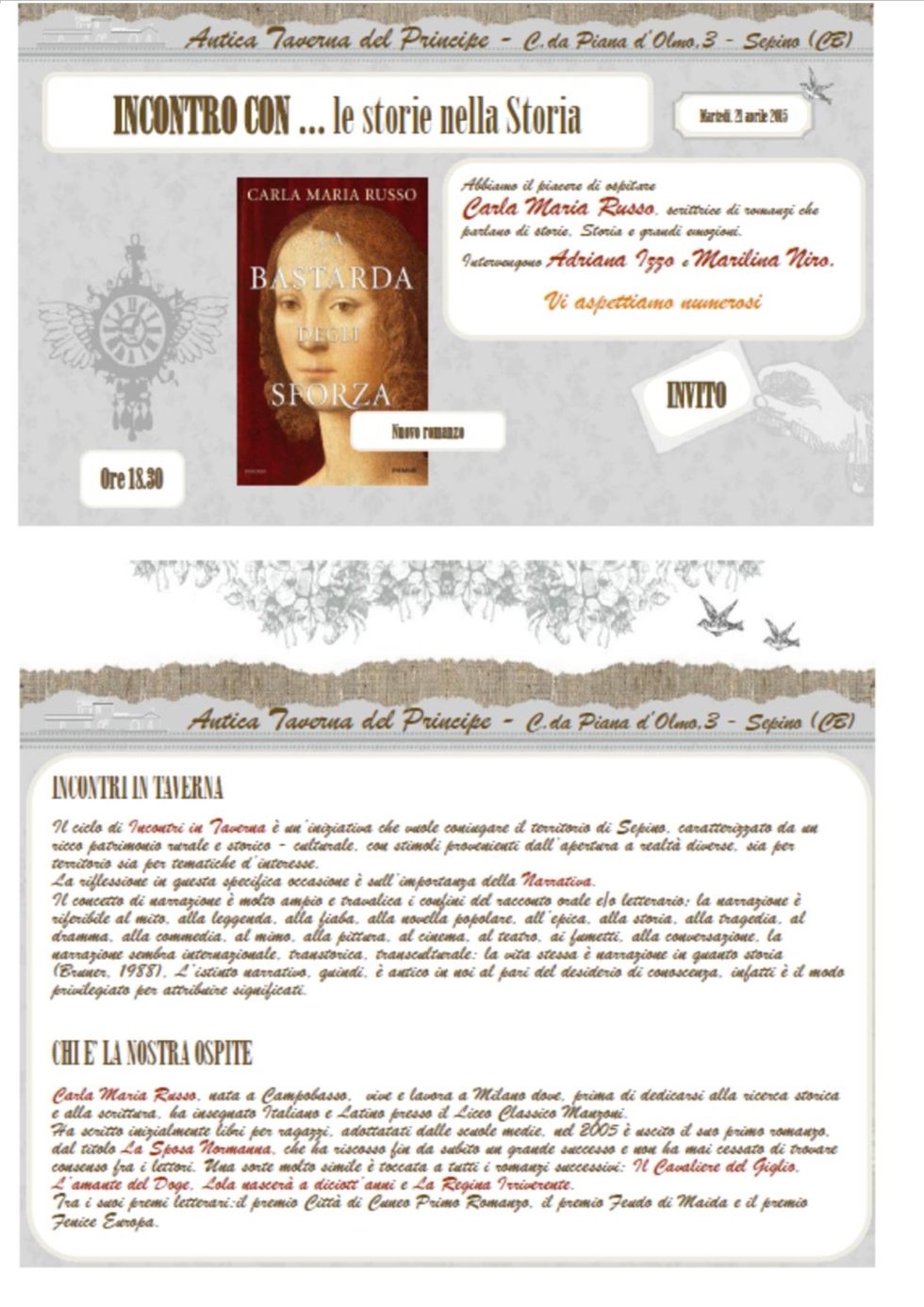 It is yet another historical novel by Carla Maria Russo, is yet another story of a strong woman, warrior and master of its destiny, in the second half of 1400, in a beautiful and Milan in turmoil after the rise to power of Galeazzo Maria Sforza, saràcoinvolta in a series of fierce clashes between power groups and factions, finds himself fighting spirit and indomitable courage of a time and will fight as and better than a man, leaving a mark so indelible in the lives of those who love and of those who hate. If you want to know the story of the great women need to read the Carla Maria Russo Novels: The Bastard Sforza, Queen Irreverent, The Bride Norman, The Lover of the Doge, Lola will be born at eighteen, The Knight of the Lily.

Carla Maria Russo is Molise origins: it was born, in fact, in Campobasso from Campobassani parents, lives and works in Milan. He has never forgotten his origins and meets every year his countrymen.